Who Got Your Back: The NFL’s Best Commercial is an award-winning commercial that aired during the Super Bowl. It features NFL players helping out a young fan who is being bullied. 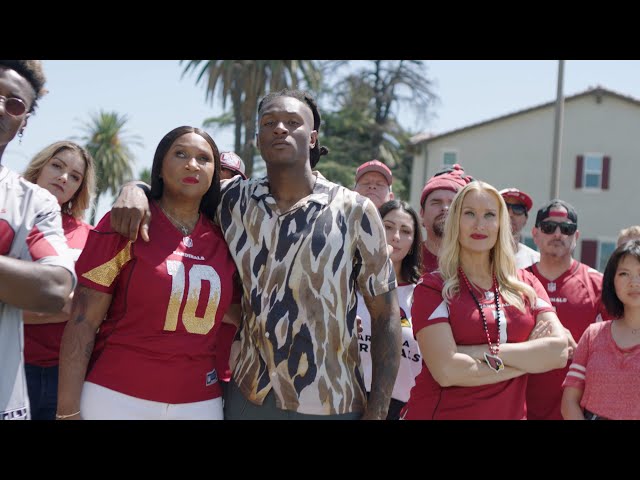 The best commercial during the NFL game was the one with the two kids. One girl had a backpack on and was holding a football. The other girl was upset and said “I thought you were my friend.” The first girl then said “I am your friend. Who got your back?” and gave her the football. This was a great commercial because it showed the importance of friendships and how we should always be there for our friends.

Why it’s the best

This commercial is the best for a number of reasons. First, it highlights an important issue – player safety – in a way that is both impactful and RELEVANT to the NFL’s current situation. Second, it features one of the league’s most popular players – Odell Beckham Jr. – in a way that is sure to resonate with viewers. Finally, the commercial is simply well-made, with great production value and a powerful message.

The NFL’s commercial “Who got your back?” is one of the worst commercials ever. It is so terrible that it has been parodied by dozens of other commercials.

Why it’s the worst

The commercial features a bunch of NFL players talking about how much they love their fans. They talk about how the fans are the reason they play the game, and how they would do anything for them. Then, at the end of the commercial, we see Washington Redskins owner Dan Snyder giving a speech to his team. He tells them that he loves them, and that he would do anything for them.

The problem with this commercial is that it completely ignores the fact that NFL players are treated like commodities by their teams. They are sacrificing their bodies for our entertainment, and they are not getting paid enough for it. In addition, the commercial tries to sell us on the idea that NFL players are just like us, which is patently false. They are not like us. They are richer than us, they are more famous than us, and they have better lives than us. The only thing we have in common with them is that we watch them on TV.

The most controversial commercial

Nike’s new commercial “Who got your back” has gotten a lot of mixed reactions. The commercial stars Colin Kaepernick, a former NFL player who is known for kneeling during the national anthem to protest police brutality and racial inequality. Some people feel that Nike is supporting Kaepernick’s protest, while others feel that the commercial is insensitive and disrespectful to the flag and the military. Let’s take a closer look at the commercial and see what all the fuss is about.

Why it’s the most controversial

The commercial features New York Giants wide receiver Odell Beckham Jr. and NFL Commissioner Roger Goodell. In the ad, Beckham hands Goodell a box of cereal, with the two smiling and laughing. The commercial was seemingly in good fun, but many viewers saw it as tone-deaf given the current state of the NFL.

The commercial aired during NFL’s “Thursday Night Football” game between the New York Giants and the Philadelphia Eagles. It was released just days after an explosive report from ESPN outlining tension between Beckham and the Giants organization. The report detailed Beckham’s frustration with his contract situation, as well as his OBJ Brand clothing line.

Many viewers saw the commercial as tone-deaf, especially given the timing of its release. Some Twitter users even called for a boycott of Nike, which sponsors both Beckham and the NFL.