A comprehensive guide on how esports organizations make money through a variety of revenue streams.

Esports are a form of competition that is facilitated by electronic systems, particularly video games; the input of players and teams as well as the output of the Esports system is mediated by human-computer interfaces.

A brief history of esports

Video gaming has come a long way since the days of Pac-Man and Donkey Kong. In the early 1980’s, video games moved from the arcade to the home console with the release of devices like the Atari 2600 and Nintendo Entertainment System. This new era of gaming gave rise to some of the first professional gamers, who tournamentized compete for high scores in games like Space Invaders and Donkey Kong Jr.

The 1990’s saw a new era in video gaming with the release of genre-defining games like DOOM and Quake. These games were played in LAN parties, which allowed gamers to connect their consoles or computers in order to play against each other in local multiplayer matches. The popularity of these LAN parties sparked the formation of the first professional esports organizations, like QuakeCon and Cyberathlete Professional League (CPL). These organizations held tournaments that offered cash prizes to winners, which attracted top gamers from all over the world.

The early 2000’s saw a boom in online gaming with broadband internet becoming more widely available. This allowed for online multiplayer games like Counter-Strike and Starcraft to become hugely popular. The popularity of these games led to the formation of even more esports organizations, like Major League Gaming (MLG) and World Cyber Games (WCG). These organizations held global tournaments with even larger prize pools, which resulted in esports becoming a truly global phenomenon.

Today, there are hundreds of professional esports organizations around the world that field teams in dozens of different games. These organizations generate revenue through a variety of means, including sponsorships, advertising, merchandise sales, and ticket sales for live events. The best players in the world can earn millions of dollars per year through tournaments and sponsorships.

The rise of esports

The term “esports” covers a wide range of video game competitions, but the core concept is always the same: Players go head-to-head in a digital arena, with spectators watching either in person or online. Some of the most popular esports games include “League of Legends,” “Counter-Strike: Global Offensive” and “Overwatch.”

Esports has been around for decades, but it only exploded in popularity after the rise of live streaming services like Twitch and YouTube Gaming. These platforms made it easy for anyone to watch esports competitions — and as more people tuned in, more companies got involved. Today, there are entire organizations dedicated to professional gaming, with teams of players competing for multimillion-dollar prizes.

So how do esports organizations make money? There are a few different revenue streams, but the most common are sponsorships, advertising and ticket sales. Many organizations also have their own merchandise, which can be a significant source of income.

Sponsorships are by far the most common source of revenue for esports organizations. Big brands are eager to tap into the lucrative world of professional gaming, and they’re willing to pay top dollar for access to esports’ large and passionate fan base. In 2018 alone, companies spent an estimated $865 million on sponsorships for esports events and teams.

Advertising is another major revenue stream for esports organizations. This can take many different forms, from traditional commercials during live broadcasts to integrated product placement within the games themselves. In-game advertising is particularly effective at reaching young people, who are often skeptical of traditional marketing techniques.

Ticket sales are another important source of income for esports organizations. Many events take place in large arenas that can hold tens of thousands of spectators, and tickets typically cost between $20 and $100 each. This means that even a moderately successful event can generate millions of dollars in ticket sales alone.

Finally, many esports organizations also sell their own merchandise, such as team jerseys and branded apparel. This is a great way to generate additional revenue while also building up brand loyalty among fans.

How do esports organizations make money?

Organizations make the majority of their revenue from sponsorships and advertising. Given that esports is such a new industry, there are not many non-endemic companies sponsorships. The most common sponsorships are from computer hardware companies, energy drink companies, and mobile phone companies. In order to get these sponsorships, organizations need to have a large following and a good social media presence. They also need to have a good track record in order to show potential sponsors that their team is a worthy investment. Some of the most successful organizations have multiple tiers of sponsorship deals, with different benefits for each tier. For example, HyperX might be a team’s exclusive keyboard sponsor, while Logitech could be its mouse sponsor. These smaller sponsorship deals can add up to a lot of money for the organization if they can find enough brands willing to invest.

Another way that esports organizations make money is through tournament winnings. While most of the prize money in esports comes from sponsorships, tournament organizers will often put up their own prize pools as well. For example, The International 2019–the biggest Dota 2 tournament of the year–had a prize pool of over $34 million dollars, with the winning team taking home over $15 million dollars. Organizers will also take a percentage of each team’s winnings as a fee for hosting the event. This fee can range from 10-30%, depending on the tournament and game. Finally, some teams will also have individual players who have sponsorship deals with brands outside of the organization. These deals are generally made by the player themselves and they will keep all of the money earned from them.

Advertising is one of the most common sources of revenue for esports organizations. Advertisers can purchase time during matches to have their commercial played, or they can purchase ad space on an organization’s website. In addition, some companies will pay to have their product featured in a game, as a “skin” that players can use to customize their in-game experience. For example, Coca-Cola has had its logo featured in the popular game League of Legends.

Media rights are the most valuable and important stream of revenue for any traditional sports league, and it’s no different for esports. In order to generate large revenues, esports leagues rely on partnerships with media companies that are willing to pay top dollar for the broadcasting rights of their competitions. The most important media rights deals in esports have been signed by some of the biggest names in traditional sports broadcasting, including ESPN, Turner Broadcasting, and Yahoo.

While these companies have been quick to jump on the esports bandwagon, they are still trying to figure out the best way to broadcast these competitions. Traditional sports broadcasts are designed to appeal to a wide audience, but esports broadcasts are often geared towards a more niche audience that is already familiar with the game being played. This can make it difficult for new viewers to understand what is going on during an esports broadcast, but thankfully there are some dedicated commentators that do a great job of explaining the action as it happens.

The media rights deals that have been signed by esports organizations are typically multi-year deals that are worth tens of millions of dollars. These deals give the organizations a guaranteed stream of revenue that they can use to invest in their teams and players. The size of these deals will continue to grow as more and more traditional media companies become interested in broadcasting esports competitions.

Organizations such as FaZe Clan and 100 Thieves have found a range of revenues from outside sources including sponsorships, advertisements, product placements, and partnerships. But one of the most reliable forms of income for these teams comes from merchandise.

The eSports industry is worth an estimated $696 million and is continuing to grow. A big part of that comes from the proliferation of team-branded merchandise. Much like traditional sports, teams in the eSports world have found that selling jerseys, hats, and other gear to fans is a great way to generate revenue.

According to Superdata, a research firm that tracks the digital games market, revenues generated by eSports team merchandise was estimated to be around $98 million in 2018. That’s up from $69 million in 2017. And it’s expected to grow even further in 2019 to an estimated $107 million.

This growth is being driven by a number of factors including the increasing popularity of eSports, the expansion of big events like the Overwatch League, and the rise of new platforms like Fortnite.

It’s also worth noting that many teams are moving away from traditional sponsorships and are instead partnering with brands that are more aligned with their core audience. This shift has also helped boost sales of team merchandise as fans are more likely to buy products from brands they already know and trust.

While game publishers, platforms, and brands are the lifeblood of the esports ecosystem, event organizers are its beating heart. Tournament organizers (TOs) invest significant sums to produce world-class events that bring players and spectators together in an electric atmosphere. These events put butts in seats and generate revenue from ticket sales, sponsorships, and advertising. The TO’s share of this pie depends on their relationship with the game publisher or platform owner. In some cases, the TO owns the rights to the event and keeps all of the profits. In others, the TO must share revenue with the game publisher or platform owner. 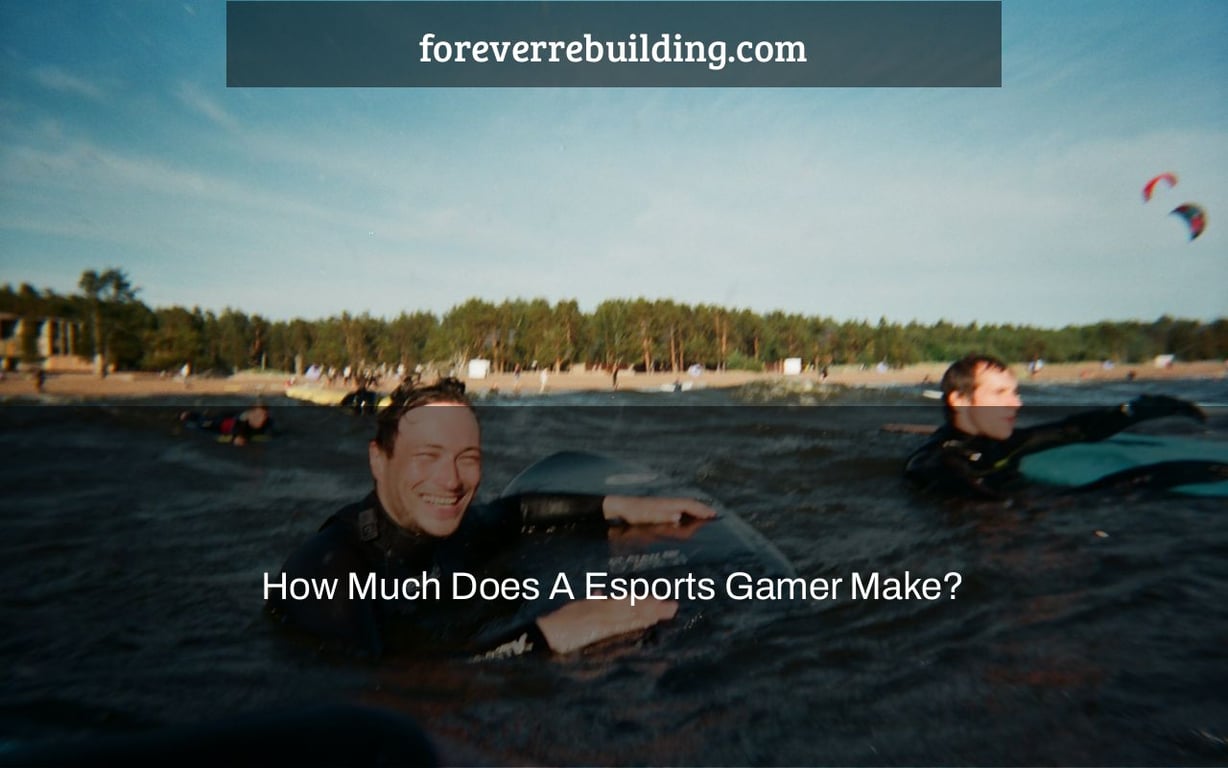 ContentsWhat is Ninja’s net worth?What is the highest paying ESport?Why do esports gamers have short careers?How much do esports players make a year?How long do pro gamers play a day?How do I become a paid gamer?How do I get paid from ps4?How do I start a career in gaming?What video games have made the most…

ContentsThe PlayersS1mpledeviceZywOoThe ResultsS1mpledeviceZywOoThe FutureS1mpledeviceZywOo The Esports Player of the Year was just announced, and the winner is… Find out who won and why they were chosen in our latest blog post. The Players S1mple Aleksandr “s1mple” Kostyliev is a Ukrainian professional Counter-Strike: Global Offensive player. He is widely considered to be the best CS:GO player… 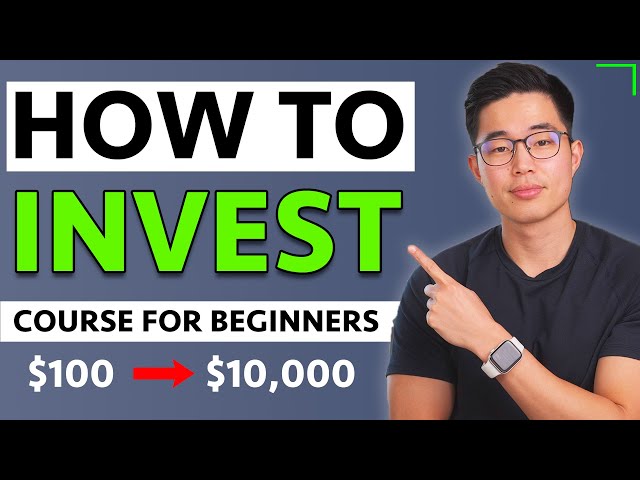 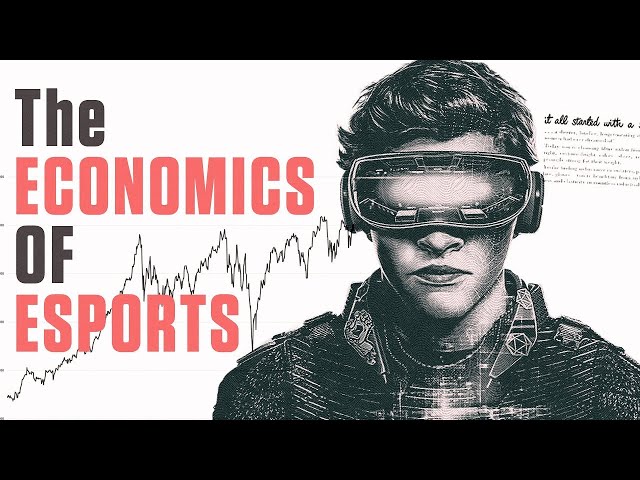 ContentsWhat is Esports?The Business of EsportsThe PlayersThe TournamentsThe BrandsThe Future of EsportsThe Growth of EsportsThe Challenges of Esports Many people are wondering if esports is a company. The short answer is no. Esports is a competitive gaming industry. There are many different organizations, teams, and players involved in esports, but there is no central body… 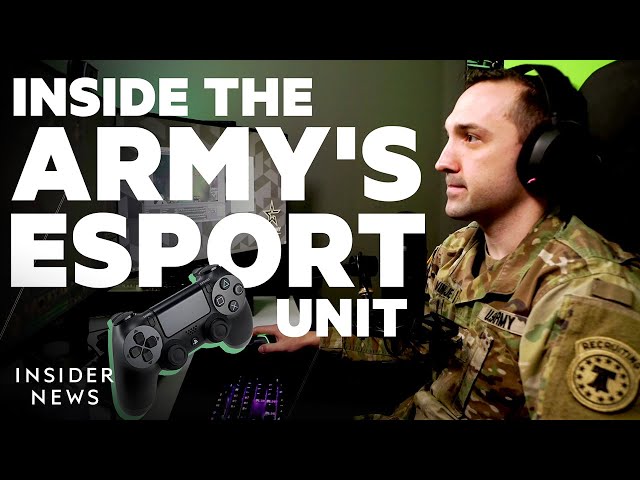